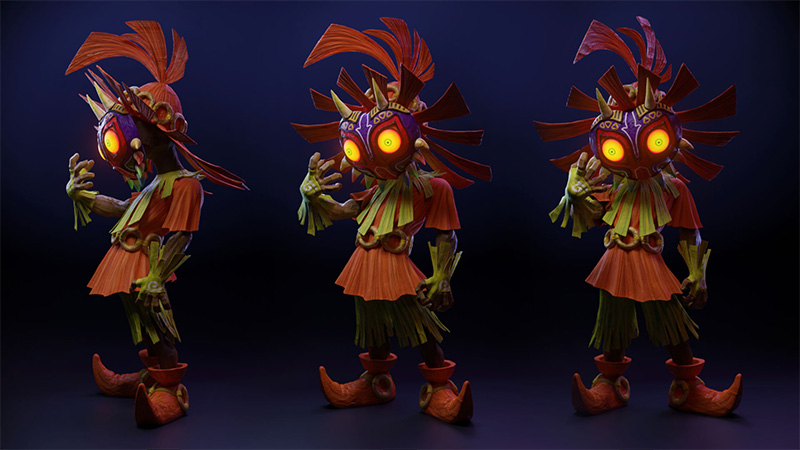 In this 10 hour course, we will go through, step by step, how to create Skull Kid with Majora’s Mask from the franchise The Legend of Zelda. You will be able to follow along with every step as nothing is skipped or time-lapsed. There’s full commentary for every chapter, giving you insight into how a professional ZBrush character artist works.